We just wanted to let you know that we use cookies (sadly not the sweet kind!) to give you the best experience on our website. Find out more about the kind of cookies we use here.

If you’re here of your own freewill, you probably know what the the ADO16 is. If, however, you’ve stumbled across the site via Google and you’re not sure what we’re talking about – here’s a potted history.

The ADO16 (Amalgamated Drawing Office project number 16) is a range of small family cars built by the British Motor Corporation (BMC) and, later, British Leyland. Launched in 1962, it was Britain’s best-selling car from 1963 to 1966 and from 1968 to 1971. The ADO16 was marketed under various make and model names, however the Austin and Morris were the most prolific of all the variants.

The car was designed by Alec Issigonis. Following his success with the Mini, Issigonis set out to design a larger and more sophisticated car. In common with the Mini, the ADO16 was designed around the BMC A-Series engine. This is mounted transversely and drives the front wheels. As well as single piston swinging caliper disc brakes at the front, which were not common on mass-produced cars in the early 1960s, the ADO16 featured a Hydrolastic interconnected fluid suspension system designed by Alex Moulton. 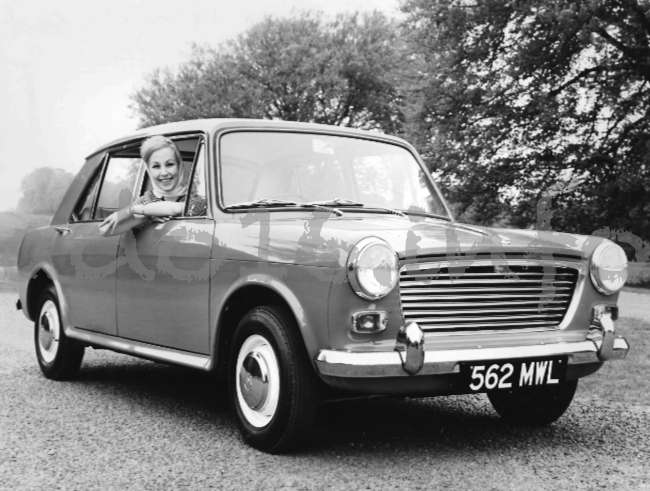 The Morris 1100 was the first of the ADO16 varieties to hit Britains roads, but it wouldn’t be long before it would be joined with other badged versions.

The three-door estate version followed in 1966, called the Austin Countryman and Morris Traveller. Famously an Austin 1100 Countryman appeared in the Fawlty Towers episode “Gourmet Night”, in which the short-tempered owner of Fawlty Towers Basil Fawlty (John Cleese) gave it a “damn good thrashing”. This episode was first shown in October 1975.

For most of its production life, the ADO16 was Britain’s best selling car.

End of an era 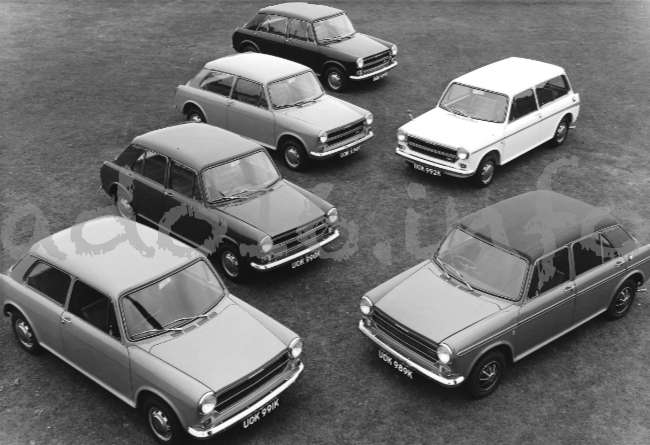 The ADO16 range ended up looking rather decimated by the early 1970’s.

Want to know more? We have a vast archive of ADO16 information (including: Press photographs, brochures, road tests, handbooks, and much more!) in our members only section. Our archive is just one of many member benefits you can take advantage of.

Find out more about the club, and join here.