Our panel project has been recognised as a runner up in the Classic & Sports Car Club awards 2017, which is an amazing accolade for such a young club. 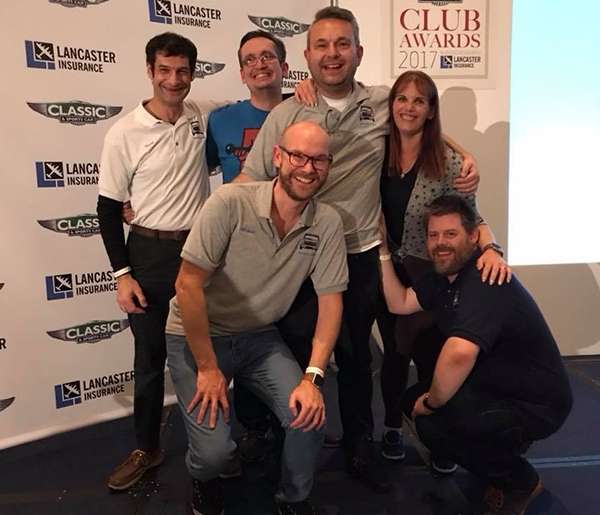 Some of the ado16.info team at the Classic & Sports Car Club Awards event.
From left to right:
Back row: David, Simon, Alan & Dawn.
Front row: Michael and Chris

Classic & Sports Car said the following in it’s on-line write up of the event:

“2017 was also marked by a number of fantastic club initiatives, many of which focused on safeguarding the future of our classics. The members of ado.16.info launched a crowd-funding scheme in order to purchase a bodyshell and other panels so that they can have other panels remanufactured, but the award ultimately went to the Ginetta Owners’ Club…”

Whilst the team were disappointed not to pick up the award, we are very proud to be recognised – and thank all of members and contributors who brought the project very much to life.

Michael's interest in cars started from an early age, when he would spend time in his Dad's garage observing many a job being undertaken. Naturally as Michael grew up, cars were firmly a part of his DNA, and as such the interest has gone from strength to strength. Having always had a keen interest in all things British, it probably wouldn't surprise you to know that his portfolio of cars have always been British made. View all posts by Michael_T-V